The Alberta Block building on Jasper Avenue in Edmonton, home to many notable businesses in the last century including CKUA Radio, was completely renovated and restored in 2015. In developing a concept for the reintroduction of the building our goals were to create an identity that was:

Timeless: equally at home in 1905, 1955, or 2015.
Commercial: recognizing the building’s history as a place of business.
Cultural: remembering the music and recording industries of tenants past.
Distinct: reflective of premiere alternative commercial & office space.

We created a monogram as a part of this identity, since it is a logo type that is centuries old, and there is a direct relationship between the initials of Alberta Block and the abbreviation of Alberta: AB. We reinforced this relationship by combining the two abbreviations to form a new one: ABB.

The identity we developed draws influence from multiple periods in the building’s history: Edwardian, Art Deco, and Modern. It also has a feeling of a commercial or cultural institution, and would be equally at home set in brass on the front of a piano, or in chrome on a door to the entrance of a record label’s office. We designed a brochure that further explores these different historic contexts with period-style infographics and illustrations.

The fixtures and furnishings for the lobby space were designed and chosen with the same goals in mind. The hand-gilded window signage, marble tile, brass chandelier, frosted glass pendants, and wood slat directory all demonstrate a mid-century design influence, but are not overtly stylized, creating a traditional and lasting entrance experience. 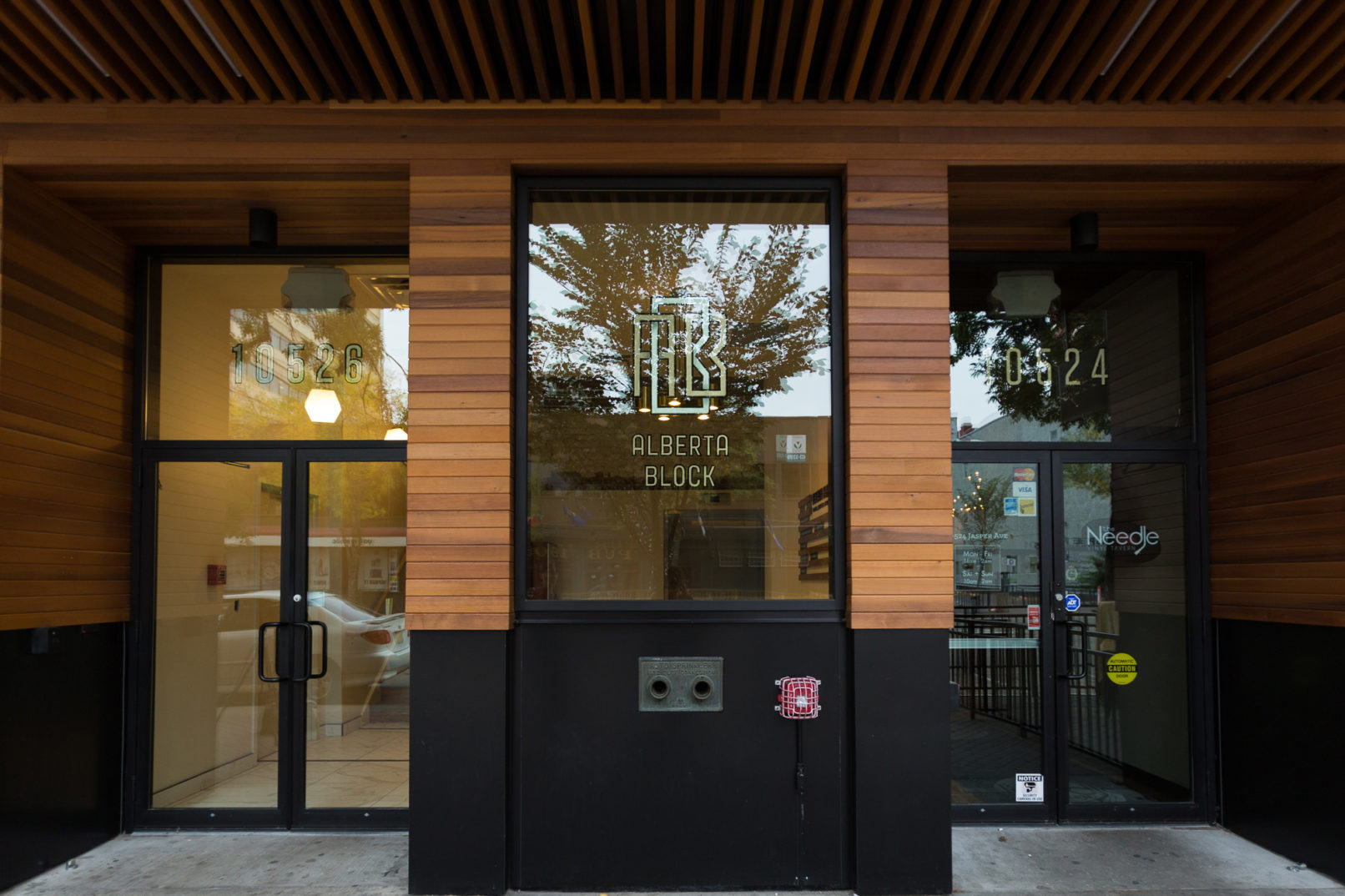 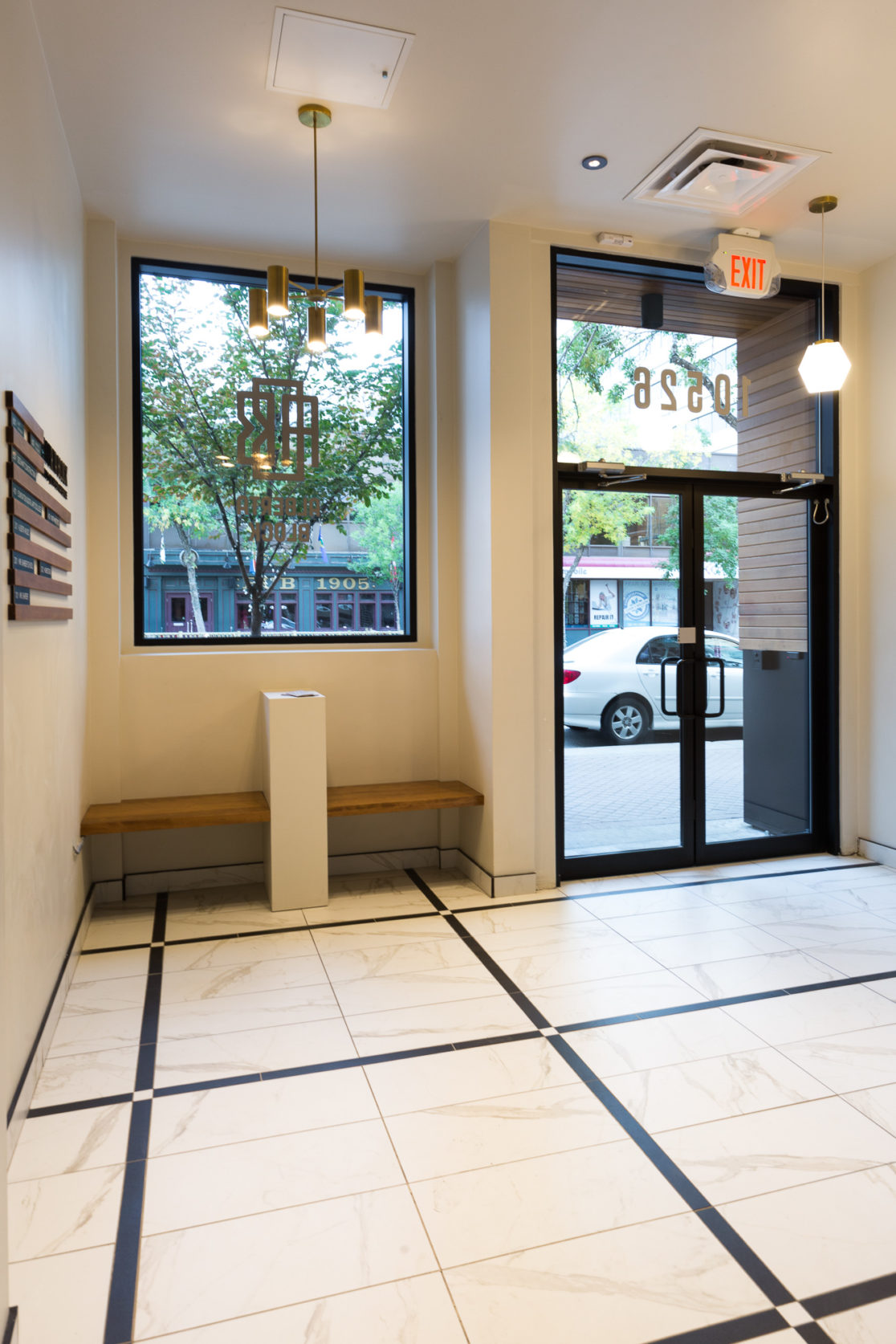 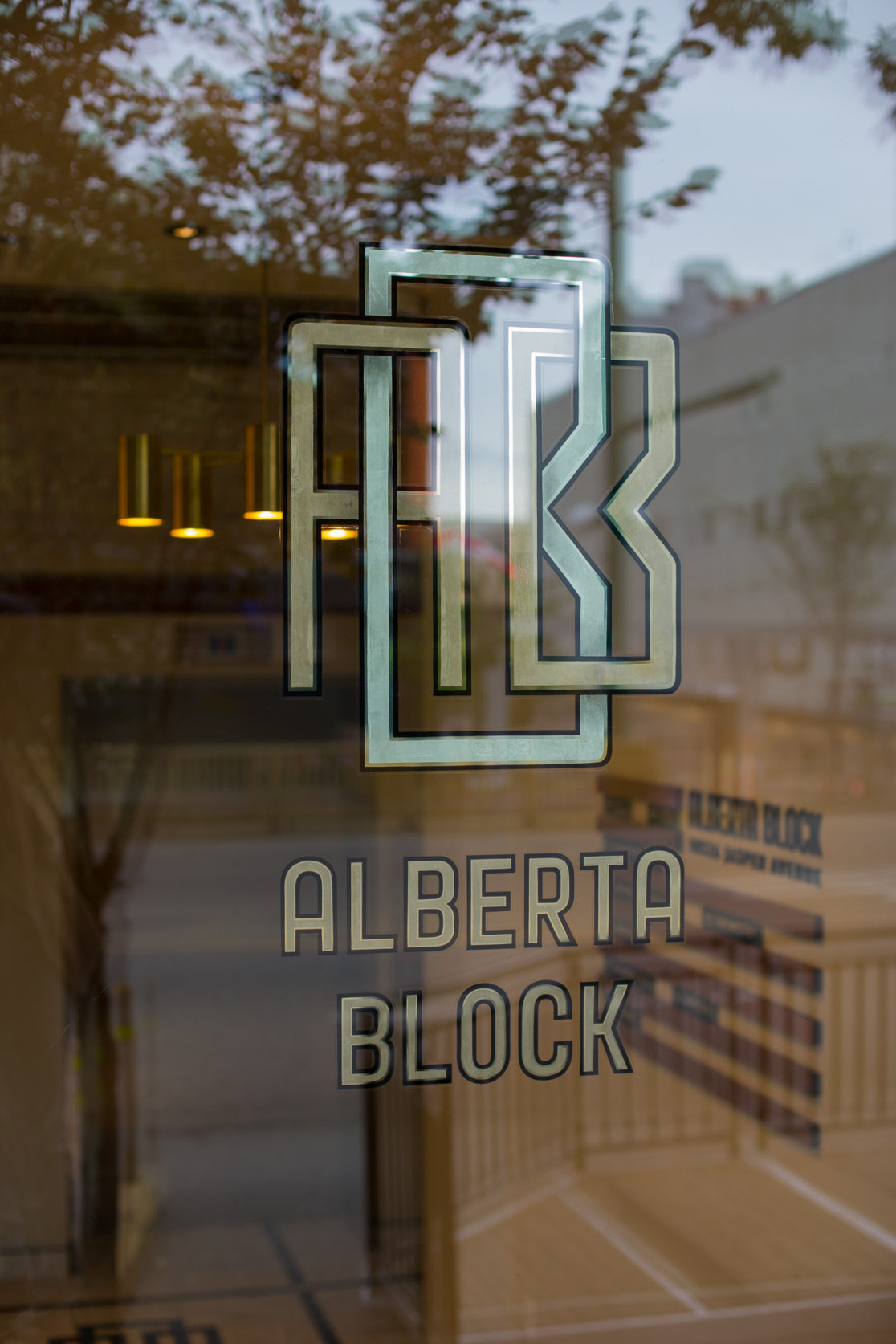 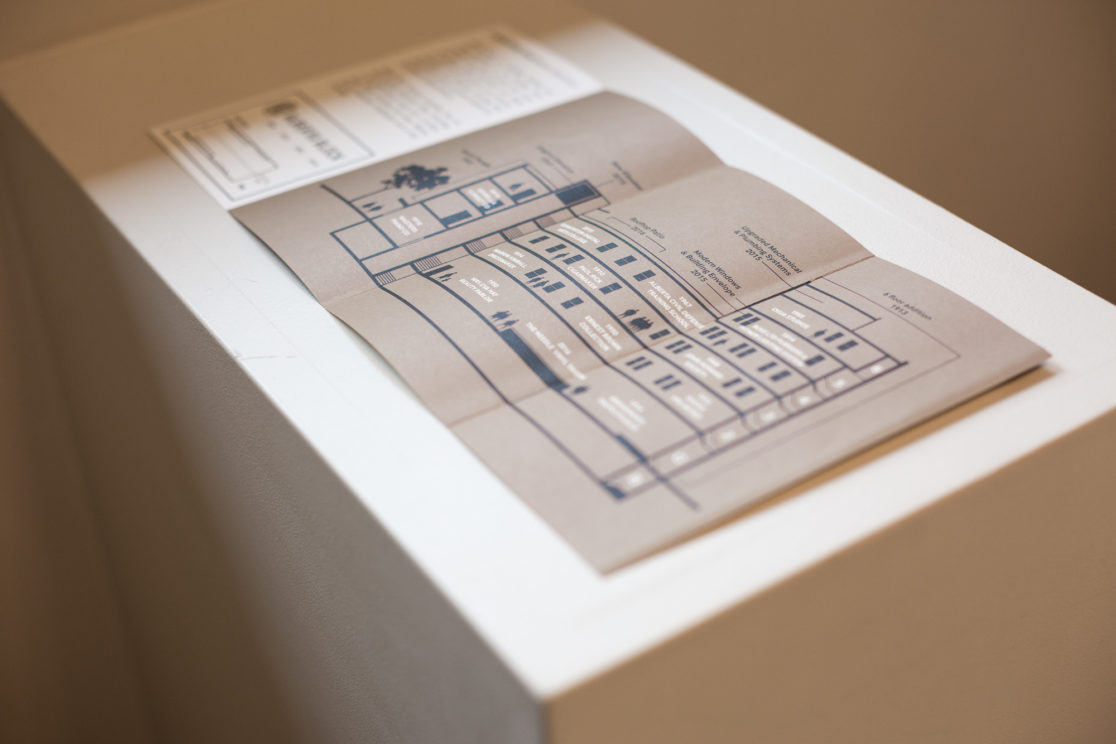 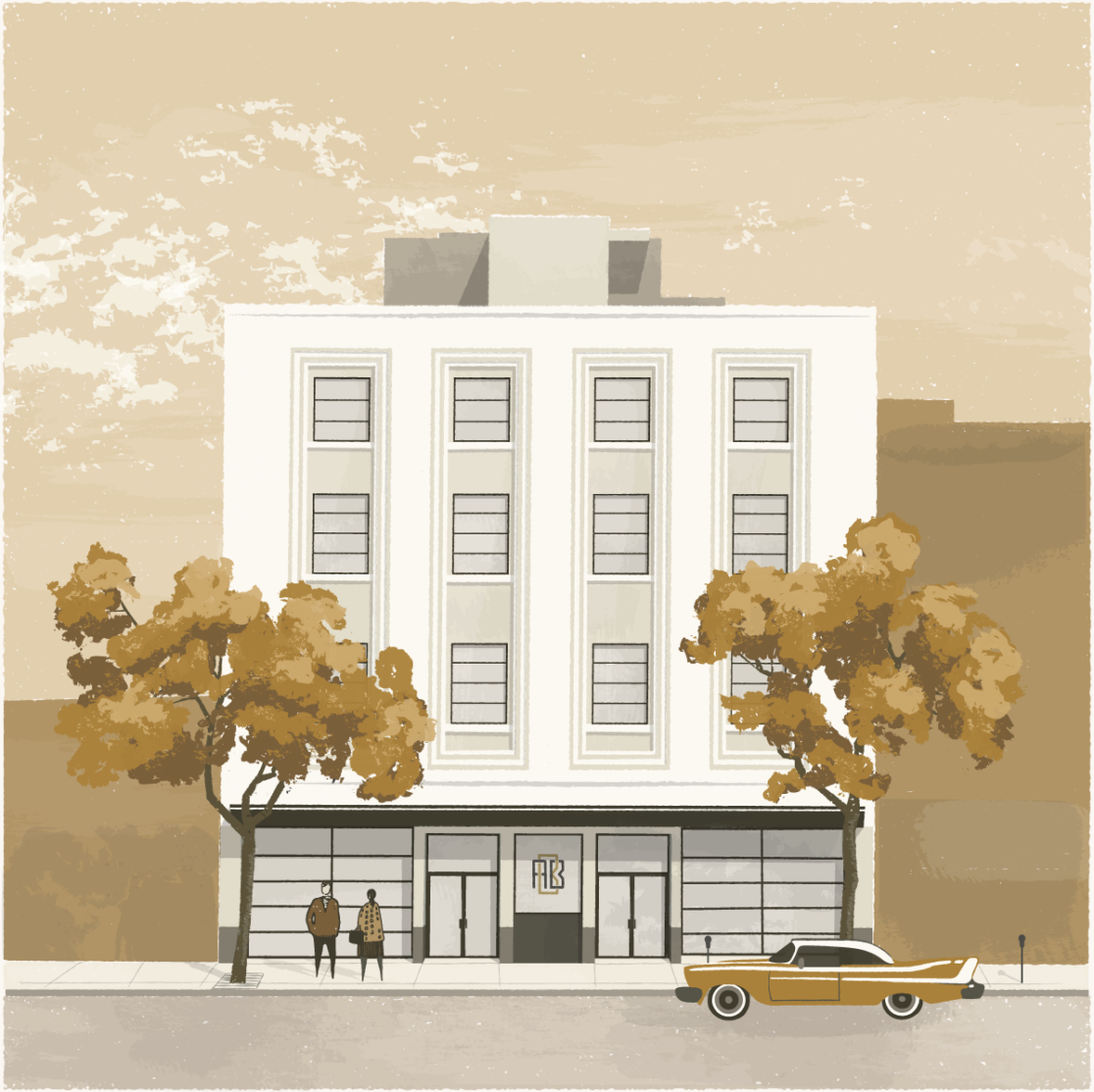 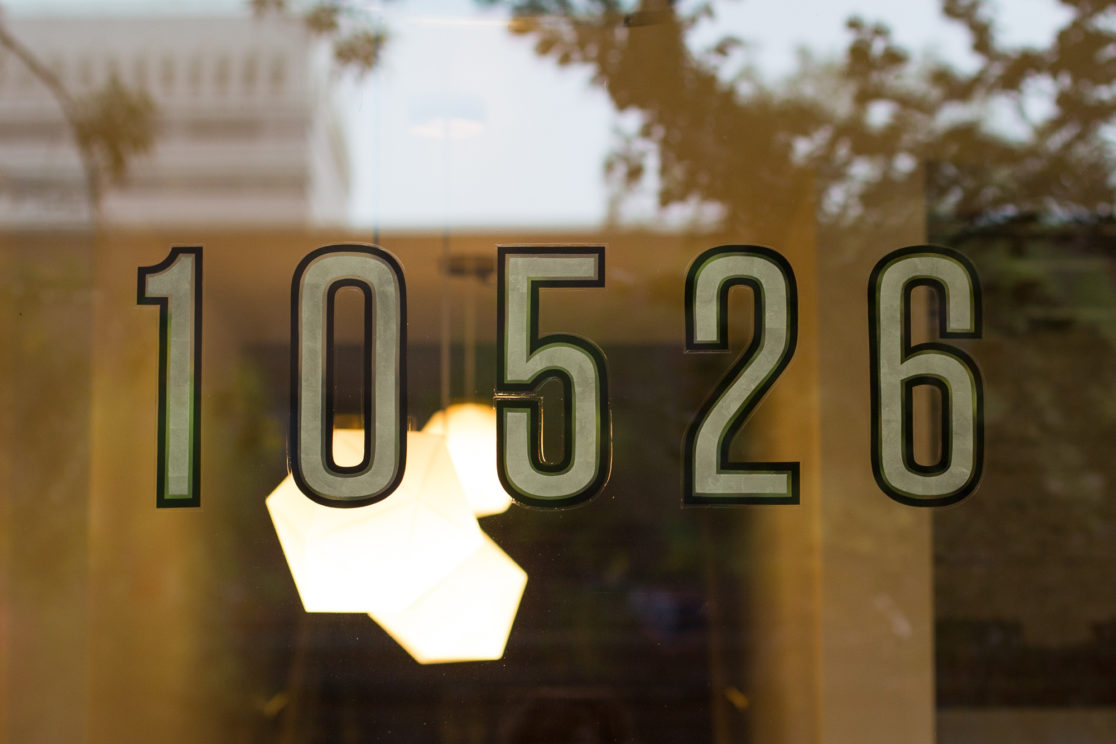 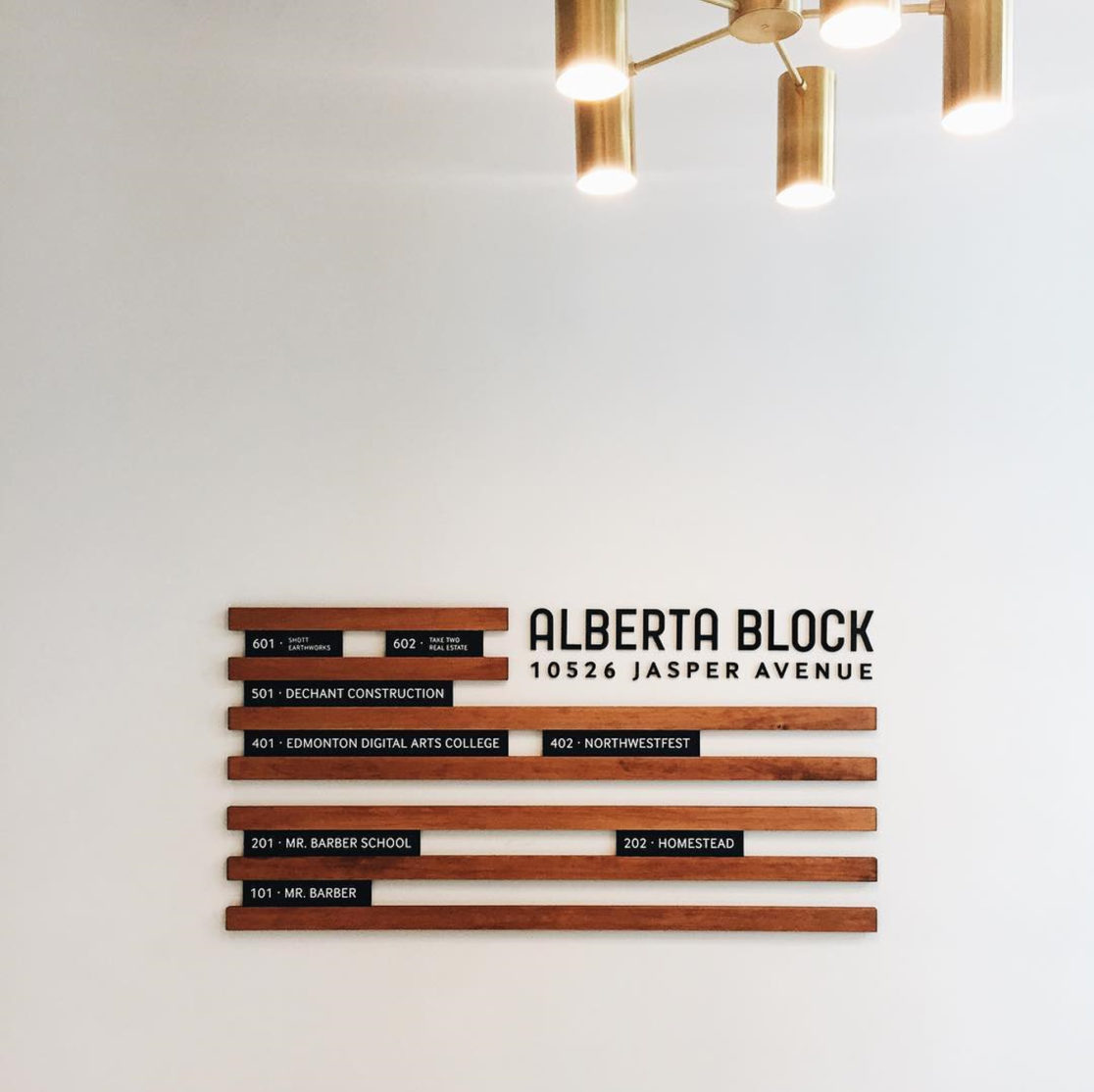